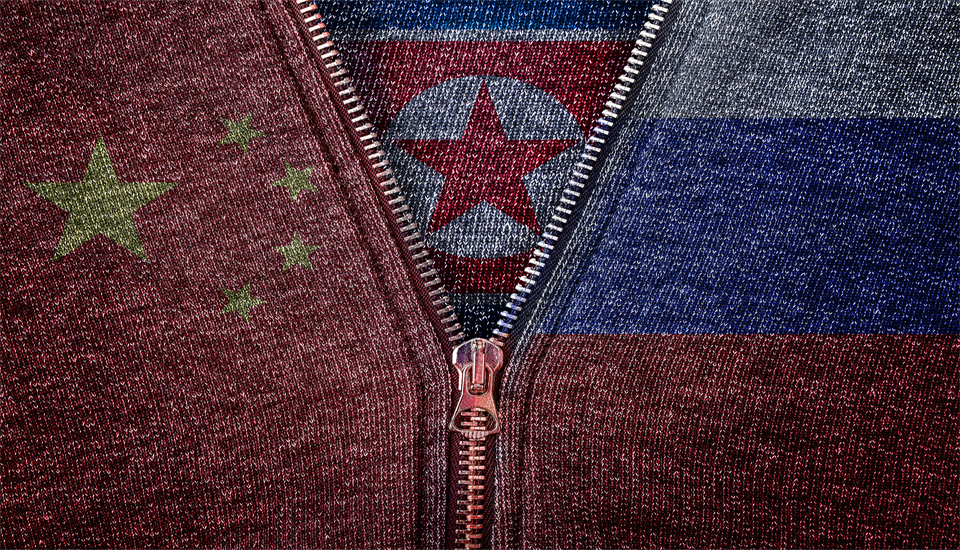 Professor at University of Seoul

Ji Hwan Hwang, a professor at the University of Seoul, indicates that the current international order seems to provide a better strategic environment for Pyongyang as the relationships between North Korea, China, and Russia have been growing increasingly tight after the Russia-Ukraine war, which is, in turn, makes it harder for South Korea to handle the denuclearization issue. In the situation that North Korea is employing aggressive foreign policy and producing provocative measures, professor Hwang stresses the importance of strengthening its alliance with the United States and closely consulting the ways to enhance the effectiveness of extended deterrence.

I. 7th Nuclear Post Cold-War Transformation of the Korean Peninsula

• After the Russian invasion of Ukraine and the emerging U.S.-China strategic rivalry, Dr. Hwang claims that “North Korea is strengthening its awareness of Cold War and seeking to create a new security environment on the Korean Peninsula and also in Northeast Asia.”

• In the early 1990s, the end of the Cold War led to a swift deterioration of North Korea’s strategic position, with Pyongyang’s traditional allies in Moscow and Beijing establishing diplomatic relations with Seoul. He indicates that the “new Cold War structure now seems to provide the new and the better strategic environment of Pyongyang” as North Korea, China, and Russia are expanding their comprehensive and constructive bilateral relations.

• Dr. Hwang concerns that “South Korea is now placed in a more difficult situation to deal with the North Korean issues compared to the situation under the USA unipolar system.”

II. North Korean Domestic Situation and Its Impact on the Nuclear Crisis

• Dr. Hwang says that “North Korea has suffered from grave domestic difficulties, international sanction, shut down of borders due to the COVID-19 and also several natural disasters like drought and flood... and at the 8th Party Congress which was held in January 2021, Kim Jong-un stated that the five-year economic development plan had failed.”

• Dr. Hwang insists that “domestic political and economic situations made North Korea seek to engage in aggressive foreign policy in order to get international attention.”

• Yoon Government believes that South Korea’s diplomacy should no longer be confined to the Korean Peninsula but advance freedom, peace, and prosperity through liberal democratic values and substantial cooperation as a global pivotal state. Dr. Hwang says that “this is in line with the Biden administration’s Indo-Pacific strategy which focuses on the commitment to strengthen the U.S.-ROK alliance and to broaden its focus beyond the Korean Peninsula.”

• As North Korea’s beliefs in nuclear deterrence through a Mutually Assured Destruction strategy is highly likely foil the denuclearization attempts, he stresses that the “United States and South Korea need to get Pyongyang to think again about the credibility of their own nuclear deterrence… that North Korea’s nuclear weapons neither dramatically change the balance of power nor would be the American nuclear posture because there is asymmetric nuclear power between Washington and Pyongyang”. ■

■ Ji Hwan Hwang is a Professor of International Relations at the University of Seoul, Korea. He was year-long visiting scholar at the Catholic University of America and also taught inter-Korean relations at the George Washington University. He has served as several advisory positions in the Korean government, including Presidential Commission on Policy Planning, Presidential Commission for Unification Preparation, Ministry of Foreign Affairs, Ministry of Unification, Ministry of National Defense, etc. His publications include “The North Korean Human Rights between China and South Korea,” “The North Korea Problem from South Korea’s Perspective,” “The Paradox of South Korea’s Unification Diplomacy,” and so on. He is a graduate of Seoul National University and received his Ph.D. in Political Science from the University of Colorado, Boulder.